Despite the fact that we deal with it on an everyday basis, translation is very often underestimated. Besides agreements or user manuals, translators are very often challenged by various texts, among them texts of advertisements.  Clever slogans created by a group of experts, which entice us to buy a particular product or use a service must be translated into another language if they are going to be sold abroad. At this point, the translator enters and their task is a translation of slogans on marketing materials in a creative way.

As in any other kind of translation, the translator must face the problem of so-called untranslatability. Every language is full of idioms or proverbs which do not exist in other cultures. Moreover, advertisements very often involve a joke or reference to the culture of a particular country or region and are unclear to the person who is not familiar with that culture. Also the syntax can be a problem, especially if it differs from the one in the source language.

Cultural and visual elements in translation

Besides the language barrier, translators cannot forget about the specificity of advertisements and its characteristic features. The translator needs very often refrain from avoiding the problem by descriptive translation of a slogan and they must create an understandable and concise translation.

Even though we are dealing here with the written translation, it is crucial to consider also visual elements which in the case of the advertisements are often of great importance. Advertised product is often presented in a particular situation, or it forms a funny picture which usually relates to the translated text.

During the translation of advertisement texts, the translator has to remember about all above-mentioned elements, while maintaining linguistic and stylistic correctness which are the foundations of a good translation. When all these elements are combined, the translator proceeds to the process of careful and precise choice of words in order to create a short slogan which is going to include all marketing elements. Then it turns out that the written translation of a short text can be more problematic than the translation of a long text of any other kind, and the translator is forced not only to produce the evidence of his or her knowledge about the pop culture or history, but also creativity. 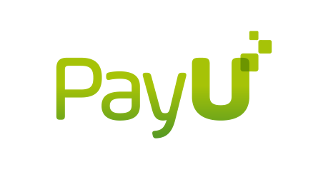 Our site uses cookies. We use them to improve the quality of services we provide. If you do not agree to this, you can change your browser settings. More information on the information saved in cookie files can be found in the cookie policy. Read More.